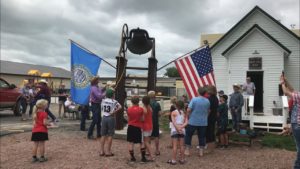 Another piece of history was added to Fort Pierre on July 4th, 2019. A large school bell weighing in at more than 800 pounds was permanently placed beside the Sansarc School Museum, located behind the log cabin on the corner of Hwy 1804/1st Street and Main Street in Fort Pierre.

The almost century-old country school bell was initially placed in 1925 on top the Orton Country School at Mission Ridge, 45 miles northwest of Fort Pierre. The school officially closed in 2015. A heavy pedestal was crafted from the metal structures of a 1907 bridge near White River, SD.

Visitors can ring the historic bell and visit the historic school museum, log cabin, historic jail and railroad depot which are within short proximity. 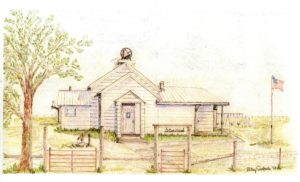