Past News and Stories 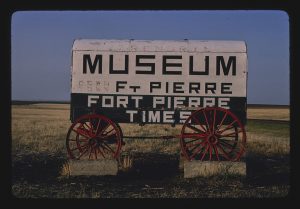 Roy & Edith Norman restored/rebuilt 6 or more old wagons to support and promote the Verendrye Museum and local businesses in downtown Fort Pierre in the mid-1970’s.

Original locations and business ownerships of some of the wagons were:

(Picture taken in 1980 by John Margolies, Library of Congress)

Congratulations to the winners of the 4th Annual Backyard BBQ!

Thank you to all our contestants, sponsors, supporters and to the attendees of our BBQ held on August 15th! 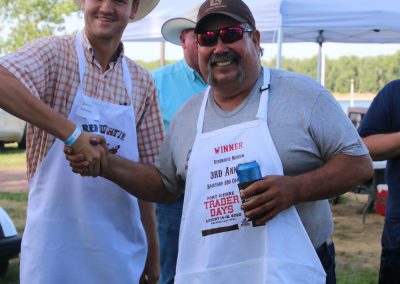 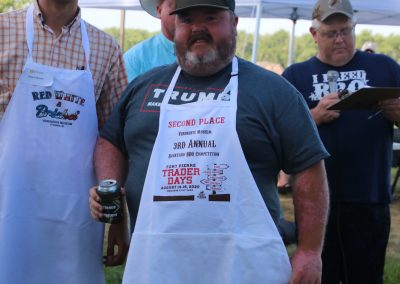 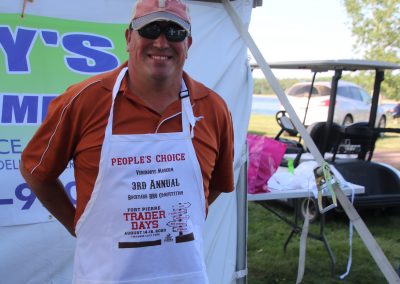 This is part one of three in a series of articles written by Gary Grittner and published in the Northwestern Lines National Magazine, 2018 Fort Pierre Pt. 1-depot

Another piece of history was added to Fort Pierre on July 4th, 2019. A large school bell weighing in at more than 800 pounds was permanently placed beside the Sansarc School Museum, located behind the log cabin on the corner of Hwy 1804/1st Street and Main Street in...

The 3rd Annual Backyard BBQ Competition will be held Saturday, August 17, 2019 at Fischer’s Lilly Park, Fort Pierre, SD. Proceeds from this Home Town Event benefit the Verendrye Museum Renovation. This is one of many events happening during Fort Pierre Trader Days!...

Historic Bell to be Unveiled in Fort Pierre

Fort Pierre has always been full of rich history and one more piece of historic culture will be added on July 4th, 2019. Immediately after the 4th of July parade, Fort Pierre will dedicate the almost century-old country school bell. The bell was previously at the...