Roy & Edith Norman restored/rebuilt 6 or more old wagons to support and promote the Verendrye Museum and local businesses in downtown Fort Pierre in the mid-1970’s. 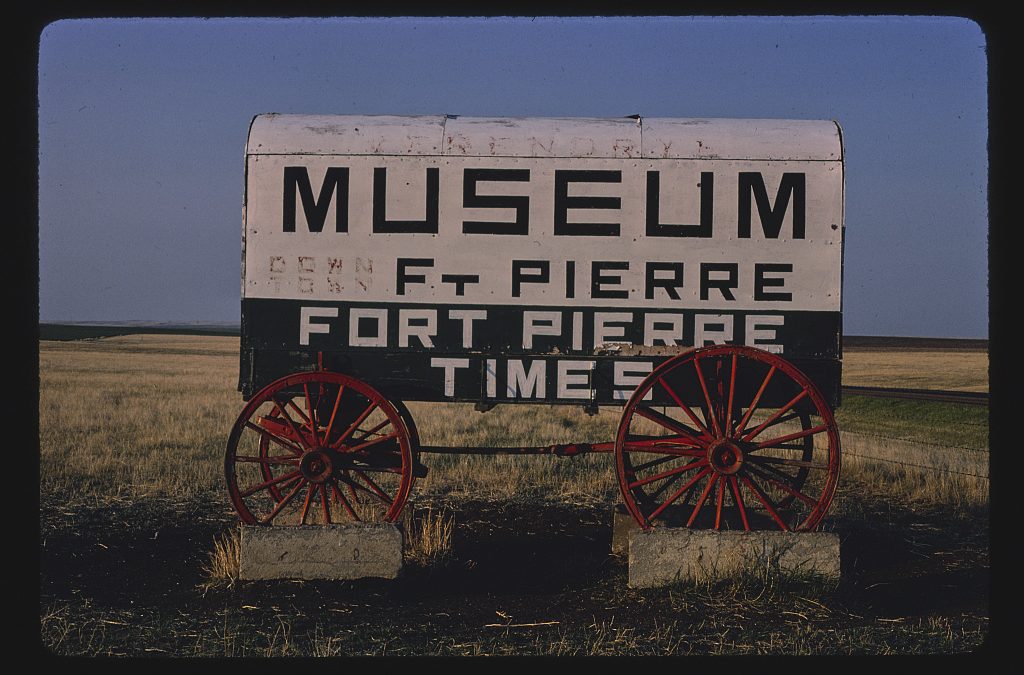 Original locations and business ownerships of some of the wagons were:

(Picture taken in 1980 by John Margolies, Library of Congress)